The performances will take place in the main concert hall at the Noorda, which seats a total of 889 including the 165-seat choir loft.  The entire Noorda Center complex features seven performance venues including the concert hall, an outdoor amphitheater, a 500-seat proscenium theatre, a 175 seat flexible theatre with retractable wall and audience seating, a blackbox theatre, an instrument ensemble room and a 125 seat recital hall.

The vision for Utah Symphony to have a presence throughout the state is one that Utah Symphony | Utah Opera Board Chair Kem Gardner is passionate about. “I am proud to be a part of this prodigious organization and support its commitment to bring great live music to communities throughout the state,” said Mr. Gardner, a longtime arts supporter and developer who is chairman of The Gardner Company. “Our entire board is thrilled that the beautiful new Noorda Center for the Performing Arts will provide a Utah County home for the inspiring performances of this world-class orchestra!”

“This collaboration between the symphony and Utah Valley University will bring world-class orchestral music to the valley — and give audiences the opportunity to experience history’s greatest musical masterpieces in our marvelous new concert hall with its unparalleled acoustics,” Stephen Pullen, dean and artistic director for UVU’s School of the Arts.

Utah Symphony’s expanded presence in Utah County reflects the organization’s commitment to connect and inspire communities throughout the state with live music performances. Since 1965, the orchestra has performed regularly in Ogden in the Austad Auditorium at the Val A. Browning Center on the Weber State University Campus. Utah Symphony also performs at other venues in Utah County, including the de Jong Concert Hall at Brigham Young University in Provo, Thanksgiving Point in Lehi, and SCERA Shell in Orem. As part of its education outreach program, the orchestra also travels throughout the state performing for public school students in auditoriums and gymnasiums – including eight schools in Utah County this season – reaching upwards of 70,000 students each year. Two statewide tours in recent years, led by Music Director Thierry Fischer, took the Utah Symphony to perform a series of free outdoor classical concerts to communities from Vernal and Teasdale to Bluff and Springdale, and against the backdrop of several of Utah’s national and state parks.

“The new partnership with UVU at the Noorda Center for the Performing Arts represents a very significant initiative for us”, says Paul Meecham, President & CEO of Utah Symphony | Utah Opera. “Situated in the heart of Utah’s fastest growing county, this beautiful new concert hall will become our long-term home in Utah Valley, meeting our goal to serve more Utahns, and encouraging businesses and individuals to support our work in schools and the community. In addition to the Utah Symphony’s opening season of six concerts, we look forward to expanding our future connections with UVU through performances by Utah Opera in the Noorda Center’s Scott & Karen Smith Theatre. We are very grateful to the many donors and UVU administration who have made this dream possible.” 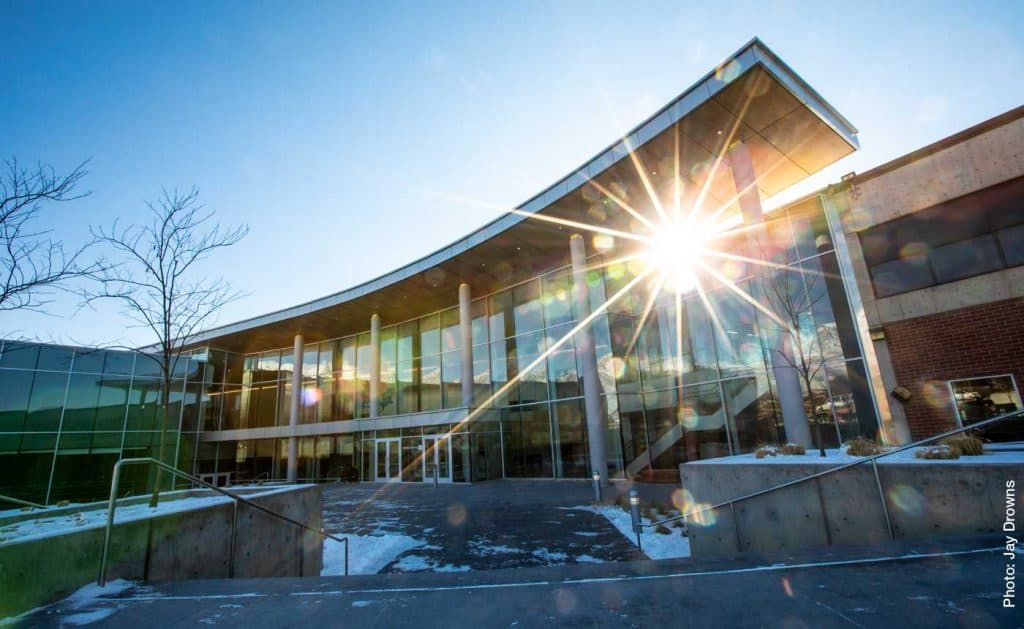 The 2019-20 Utah Symphony at The Noorda season opens with The Music of John Williams on September 18 featuring well-known blockbuster movie scores written by the iconic film composer, including highlights from “Jurassic Park,” “E.T.” and “Superman.”

The 2019-20 Utah Symphony at The Noorda season closes on March 26, 2020 with the fourth Utah Symphony appearance of Kazuki Yamada, the Principal Conductor and Artistic Director of Orchestre Philharmonique de Monte Carlo, leading the orchestra in “Carmina Burana.” Utah Symphony Concertmaster Madeline Adkins will play Vaughan Williams’ “The Lark Ascending” and the world premiere of Nathan Lincoln de Cusatis’ “The Maze,” inspired by the remote area of Canyonlands National Park in Southern Utah.