SALT LAKE CITY, Utah (November 17, 2017) – The first two weekends in December, concertgoers attending Utah Symphony performances under the baton of Music Director Thierry Fischer will witness history in the making as the orchestra continues its ambitious homage to Camille Saint-Saëns, one of the late 19th century’s most significant and diverse French composers. Tickets are priced from $15-$66 and can be purchased at utahsymphony.org or by calling (801) 533-6683.

On December 1 and 2 at 7:30 PM, join the Utah Symphony members as they begin their journey into the wide variety of Saint-Saëns’ compositional magic – “Bacchanale” from “Samson and Delilah,”  “Trois tableaux symphoniques “d’après La foi” and the extremely moving Symphony No. 3, “Organ.”  On December 8 and 9 at 7:30 PM, the orchestra embarks on another exploration of Saint-Saëns’ works. Symphony in F Major “Urbs Roma” begins the evening, followed by the Second Piano Concerto with French-Canadian pianist Louis Lortie, and finally, members of the symphony will play the exotic “Carnival of the Animals.”

During the 2017-18 season, the orchestra embarks upon a landmark Saint-Saëns symphony cycle, performing and recording live all five of the French composer’s symphonies on the European label Hyperion, on three CDs as the orchestra’s sixth, seventh, and eighth recordings with Maestro Fischer. The Utah Symphony is the first American orchestra to ever record the full cycle of all five of Saint-Saëns’ symphonies.

“Hyperion has more music by Saint Saëns in its catalogue than almost any other” says Hyperion Director Simon Perry. “For many years, [we] have wished for the right opportunity to move one step closer to having the complete music by this composer in its catalogue. [Our] long-standing relationship with Swiss conductor Thierry Fischer and the support and faith in him by the Utah Symphony presents the perfect opportunity to make a first-class recording of Saint-Saëns’ well-known symphonic works together with some of the lesser-known.” 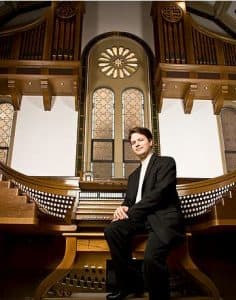 On December 1 and 2, the Utah Symphony, organist Paul Jacobs, and conductor Thierry Fischer will present a power-house performance not to be missed!

From the exoticism and sensuality of the “Bacchanale” from his Opera “Samson and Delilah” to the glorious splendor of the “Organ” Symphony with its grand C Major apotheosis, you’ll hear the full range of Saint-Saëns’ captivating musical voice.  Tickets are priced from $15-$66 and can be purchased at utahsymphony.org or by calling (801) 533-6683.

Tambourine, castanets, and a slithering oboe solo enrich the Bacchanale from “Samson and Delilah,” all used to brilliantly depict a Near-East atmosphere. According to playwright and critic Bernard Shaw: “Breiux’s play “La foi” (Faith) shows how truth is terrible to men, and how false religions are a necessity to them.“ Trois tableaux symphonique après La foi” is the incidental music for the play.

With two large sections, complete with the formal four-movement symphonic form, the “Organ” Symphony has grown to be a fan favorite – evident in the classic movie “Babe,” when a melody from the fourth movement is turned into a featured song.

Paul Jacobs, an important influence in the revival of symphonic works featuring the organ, has been lauded as “a virtuoso of dazzling technical acumen,” and “one of the major musicians of our time” by the “New York Times.” r. Jacobs has been influencing musical history since the age of 23, when he played Bach’s complete organ works in an 18-hour marathon performance on the 250th anniversary of the composer’s death. Most organists perform exclusively in churches and religious ceremonies; Mr. Jacobs, on the other hand, has made a national career as guest soloist with some of the nation’s most prestigious symphony orchestras. Mr. Jacobs collaborates frequently with composers by commissioning new works himself or organizing commissions, and by giving world premiere performances of new organ repertoire.

Music Director of the Utah Symphony Orchestra since 2009 and currently extended to 2022, Thierry Fischer has revitalized the orchestra with creative programming, critically acclaimed performances, and new recordings. Highlights of his tenure include a multi-season Haydn symphony cycle; Mahler, Beethoven and Nielsen cycles; and a tour of Utah’s five national parks.  In celebration of its 75th anniversary season, the orchestra appeared at Carnegie Hall in April 2016 to critical acclaim and released an album of newly commissioned works by Nico Muhly, Andrew Norman, and Augusta Read Thomas on Reference Recordings.

Join the Utah Symphony as they make history with Hyperion Records as the first American orchestra to record all five of Saint-Saëns’ symphonies and other notable works live for later release. 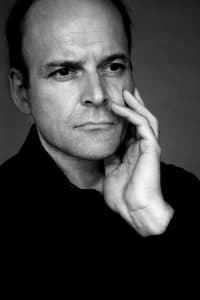 On December 8 and 9, the orchestra continues the exploration of Saint-Saëns with three of his most popular works. French-Canadian pianist Louis Lortie demonstrates his virtuosity and flair in the Second Piano Concerto, considered the most famous of his five piano concertos and known for the witticism: “It begins with Bach and ends with Offenbach.” Tickets are priced from $15-$66 and can be purchased at utahsymphony.org or by calling (801) 533-6683.

Musicians of the Utah Symphony enter the spotlight as soloists for the inspired depictions of creatures, from kangaroos and fish to tortoises and birds, culminating in the most famous musical character of all, The Swan. Composed in the same year as his “Organ” Symphony in 1886, “Carnival of the Animals” is a delightful and witty depiction of all types of beasts – including pianists!  Similar to “Carnival of the Animals,” “Urbs Roma” was also never fully published in his lifetime, despite winning the competition Saint-Saëns composed it for at the age of 21.  The four-movement symphony, composed when Saint-Saëns was 21 years old, has a serious and slow opening. The second movement is a scherzo, followed by a somber funeral march in the third movement. The fourth movement features a theme and multiple variations.